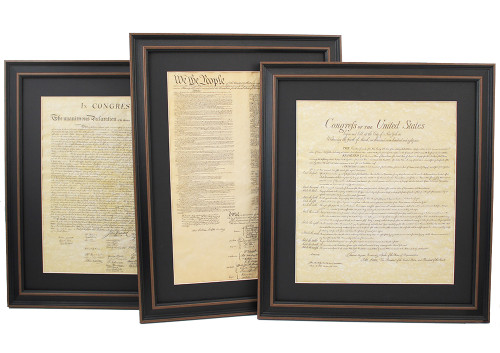 Save BIG when you buy all three... and shipping is FREE!

The United States Constitution, Bill of Rights and the Declaration of Independence... the greatest documents ever penned in human history.

Recently freed from the despotic English monarchy, the American people wanted strong guarantees that the new government would not trample upon their newly won freedoms of speech, press and religion, nor upon their right to be free from warrantless searches and seizures. So, the Constitution's framers heeded Thomas Jefferson who argued: "A bill of rights is what the people are entitled to against every government on earth, general or particular, and what no just government should refuse, or rest on inference."