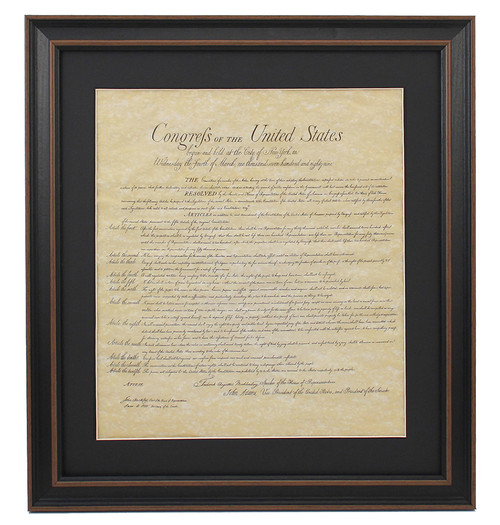 This exact replica is made in the USA with a solid wood frame, acrylic front, black matte, paper duster backing and wire hanger.  The Bill of Rights is printed on antique parchment paper that goes through an 11 step process to give it an aged authentic look.  Each paper is unique with characteristics such as (but not limited to), golden or yellow hues, crinkling, puckering.